Delta-8-THC is a minor cannabinoid, occurring in the hemp plant in very small concentrations. To acquire a substantial quantity of this cannabinoid, a significant amount of extraction and refinement must take place. While some delta-8-THC concentrates are isolates, other products may combine delta-8-THC with CBD for a more full-spectrum effect.

As a minor cannabinoid, there’s still a great deal that is unknown about delta-8-THC, which necessitates a cautious approach with College Station TX consumers toward using it. Presently, the cannabinoid is generally available in concentrate forms, because most cannabis flower contains less than 1% delta-8-THC.  There are a number of reputable CBD manufacturers that are currently creating Delta 8 Gummies, Delta 8 Vapes and even Delta 8 edibles. 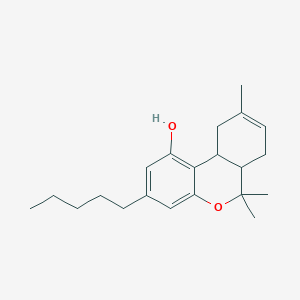 Many cannabis consumers are turning to an obscure analogue of Delta-9-THC called Delta-8-THC. The difference between Delta-8 and Delta-9 is subtle: Both will provide you with the hallucinogenic effect, but Delta 8 is much milder than Delta 9. Many people claim that Delta-8 is a smoother, less psychoactive, less anxious experience than the more familiar Delta-9. Some users have also stated that Delta 8 has additional medicinal effects than the regular Delta 9 THC, some claim Delta 8 has better pain relief, but these claims have yet to be proved with clinical trials.

Based on these consumer based anecdotal reports, Delta-8 is quickly becoming a hot new cannabis product, appearing in products like Delta 8 vape cartridges, soft drinks, Delta 8 gummies and D8 tinctures. Currently College Station TX residents can find the best Delta 8 products  at CBD American Shaman of College Station. CBD American Shaman of College Station currently offers one of the largest Delta 8 supplies in Texas. The rise in popularity mirrors the CBD (cannabidiol) popularity and, just like with CBD, there still isn’t a lot of quality control over product manufacturing or testing/evidence to back up anecdotal customer accounts. Many of the same positive CBD product claims are made about Delta-8 products but scientists have yet to study their effects in depth.

Delta-8 has a complicated, hazy legality. There’s no question that Delta-9 is highly illegal: Under U.S. federal law, regular THC is a Schedule I substance, which means the government classifies it as dangerous as heroin and LSD. This law, which was passed in 1970, makes research on Marijuana derived cannabinoids expensive and difficult — part of why we know so little about Delta-8. But Hemp derived cannabinoids are all fair game, when the 2018 Farm Bill was signed it removed Hemp from the banned Schedule I substance list and opened Hemp derived Delta 8 products and research.

If Delta 8 comes from Cannabis, better known as Marijuana it’s 100 percent illegal. If it comes from Hemp which is another form of Cannabis also referred to as the cousin of the Marijuana plant, bred with nonintoxicating levels of THC, then it’s legal thanks to the 2018 Farm Bill. Or, so a lot of cannabis companies assumed.

In the meantime, it’s not exactly clear what the future will hold for Delta-8 products. Delta 8 consumers just like CBD Consumers definitely seem eager to try new cannabinoids and Delta 8 products, but whether they can legally purchase them outside of the 11 states where recreational cannabis is legal, or whether scientists can legally study them, is still being worked out.

We use cookies to ensure that we give you the best experience on our website. If you continue to use this site we will assume that you are happy with it. Ok